There are many forms these may take and many names that these Councils are known by.  We may call them Councils of Elohim, Cosmic Councils of Light, Christ Councils and the list may go on, but whatever we call them they are made up of Beings of Higher Vibrational Frequencies who carry within them a Purity of Consciousness that is directly connected to the Higher Realms and Dimensions outside of this Earth Realm.  The Forms they take shall vary from place to place and Their Impersonal Individualized Group Purposes will be specific to the Divine Qualities and Virtues that They Represent.  However, All Members act in alignment and through a Unified Consciousness Network. For the purpose of this explanation due to the one person who actually walked this Earth in the Exalted State of Being, Whom we call Jesus or Yeshua, for here we can identify directly the Purity of this Attainment within All Members of these Proposed Councils of Light. Up until now these Councils have not been held within a 3rd Dimensional Reality, that was up until now!

The Elemental Grace Alliance Discourses tell us that there are those now upon the planet who are approaching very quickly these Exalted States of Consciousness and Who are now being invited to make their final preparations before the Formations of such Councils begin as physical Councils of Light here upon the Earth.

There are Human Souls who are now stepping out of hiding from behind the veil, those whom are now removing their disguises and showing themselves for who they truly are!  They are the High Initiates, Disciples or Ambassadors of Light of the Order of Melchizedek.  Their Divine Charters remain in direct alignment with the Original Christ Councils and are now moving into position of responsibility for creating quantum leaps or Shifts of Christ Consciousness through special teachings, activations, transmissions, alignments and atonements for themselves so that they may fully embody this Christed Family here upon Earth at this time.  These activations rapidly accelerate One’s Consciousness allowing for greater Embodiment of the Seeds mentioned above that are encoded within Their Genetic DNA Profiles; those that make up The Divine Flower of Life Blueprint of this Christ Consciousness.

For those of you who are now hearing the Clarion Call to step forward, who either Know that They are One of These Dear Souls, or still not sure, or would like to know, it is now time to make clear Your Intentions to Claim your Seats upon such Christ Councils.  Many will have spent lifetimes within the Essene Brothers and Sisters and indeed spent time with Jesus 2000 years ago!

The Elemental Grace Alliance is the Foundation of such Christ Councils and gives in detail that which will be required both as personal and Individualized Impersonal responsibilities, as well as that which each Group of Councils shall be inaugurated for. Are you one of the 144,000 Souls that we hear so much about?  The Elemental Grace Alliance Discourses will surely give you the Feelings that will give you your answer!

“I Am Aware that time and space are very confined as to give any detailed information regarding what is being shared here. I know that on the surface I may appear to be avoiding speaking of the points raised, but for those with Inner Sight and Awareness there is indeed a very direct and profound message here that is way more important than all those things put together; that are the foundation stones from which to build Our New Era of The Golden Age! The Rock upon which the Church is built! The Creation of the New Circles of Light Gatherings will be the Foundation Stones. From there the Christ Councils shall be made manifest. And from there the Councils Will Manifest. These three groups, the humans and the Elementals, Devas and Angelic Host, will indeed flow in confluence together, adjoining both with the uniting Powers of Purity of Intention in total Alignment with The Elementals and Angelic Host, using the Correct Powers of Invocation, Ceremony along with Qualified thoughts and feelings, appropriate music and the application of the Sacred Fire of the Seventh Ray by humans, which will speed up the quickening process of Electronic Vibrational Resonances for the Balance of All Life and Its Divine Freedom.”

The High Councils or Christ Councils that Peter is referring to, are not political arenas to gain votes, they are places of Reverent Worship of Humanity, resolving imbalances and finding solutions to problems within the varying communities.

“I believe it was Shekinah Who said”;

“To achieve any Balanced solution to any discord, first you must let go and let God! No levels of personality can be included in the seeking of Truth, no ego or any thoughts that support self gain or self aggrandizement, can be present during such a Heavenly Desire. Intentions must be the Purest of Heart and ONLY ever intended for THE GREATEST GOOD OF ALL CONCERNED. There are Laws of Creation that must be adhered to beyond all else. Divine Love is your guarantee to success!”

“These are the Jewels for a successful Council.”

“Those of the Christ Councils will be asked to take on Mass Conscious karmic imbalances upon themselves and transmute them on behalf of these Dear Ones. For the Balance must still apply, however in this case, just as Jesus My Only Begotten Son karmically transmuted humanities’ ills, so too this time will humanity do the same for not only sections of the Human Race, but that of these Dear Ones We call, The Sylphs, The Undines, The Salamanders and the Gnomes for any misgivings that they have had to deal with through man’s mis-creations.

“That is why the Christ Councils will be responsible for such actions, for at these levels of awareness, both the setting aside and release of such Karma for the Benevolence of all, and will be able to be cleared instantaneously. The Act of Benevolence on behalf the Elementals by humanity, will offer The Elementals who do not presently trust or even like humanity, will be given a whole new understanding of how humanity is not what they seem to be to them in the past. Trust, Faith, Honour, Collaboration and Peace will be the result.

“My Holy Union with Yeshua is one of Building New Civilizations, by laying down the Foundations of Christ Consciousness, for I was the first Perfected Principle of the Christ Consciousness and in so being, I have been distinguished as The King of Peace. I came to Earth long before Yeshua, working with the Mystery Schools in Atlantis and Egypt, and indeed I was here at the very beginning of Earth’s Creation!

“I will speak shortly of My Associations to Egypt and Thoth and My Bond to the Lion’s Gate or Leo aspects of that time; for I was and still remain, the Guardian Standing Before the Ascent to the Sanctum Sanctorum of the Temples of The Christ. These Portals to the Christ Councils are where I Bestow My Light, beside Beloved Lucifer, Lady Nada and Beloved Ishtar; and let it be known here and now, just as it was in those times, nothing has changed. One still cannot Ascend these Portal Stairways to the Christ Councils, unless one has Embodied the Qualities of the Christed Self by way of having released all the shadow characteristics of life’s incarnational journeys.

It is also well to Know and not necessarily to understand, that because of the Desire to develop and Create the New Christ Councils, the fulfilment of the Full Embodiment is anticipated to be attained with Ease and Grace through an expedited process due the importance of the Hour and the Calling forth of the Elemental Grace Alliance. 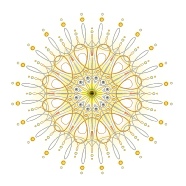 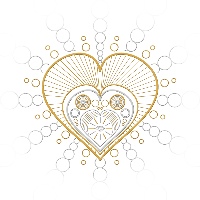 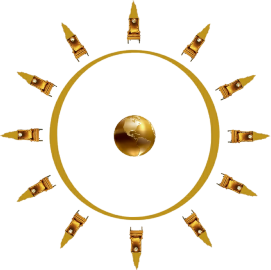