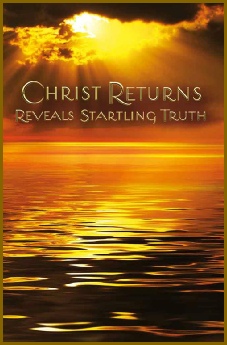 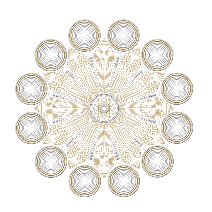 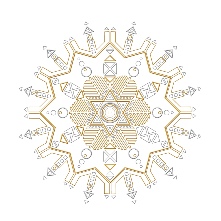 I Dedicate this page within the Elemental Grace Alliance Web Site to these Channels for the purpose of private Education and Contemplation on behalf of All Potential New Disciples for the 7th Golden Age of Peace and Transformation.

For All MP3 Files of Letters and Articles in Different Languages

‘I have come to rectify the misinterpretations placed on the teachings given when known as ‘JESUS’ in Palestine, 2000 years ago.’

These are a series of Letters

CHRIST RETURNS TO TELL HIS TRUTH

CHRIST LETTERS BY THE RECORDER

First, I would like to explain why I have used the title of recorder in place of my real name.

There was never the slightest doubt in my mind, whilst writing these LETTERS, that they emanated from Christ. I have described my reasons for being so sure of this, in my short biography.

During the writing of the LETTERS, I was clearly told to leave myself out of the picture that CHRIST’S LETTERS must stand entirely on their own. People must decide for themselves whether the Letters rang true or whether people felt they were fake. I had written down what I had received, I would try to get them out for public scrutiny and whatever happened after that was strictly between the reader of the LETTERS and Christ Consciousness.

Christ promised in the LETTERS that they would form a link between the reader’s mind and Christ Mind and help would be given in understanding the deep meaning hidden behind the words.

Therefore, just as a secretary’s name is unimportant in a business transaction, so is my name and my identity unimportant. What is truly important is whether the reader can feel this is the authentic Christ who has risen in spiritual consciousness to the very portals of the Equilibrium whilst still retaining individuality in order to remain in contact with the world of individuality.

Secondly, there has been division in opinion regarding the sometimes strange formatting of the LETTERS.

I would like to explain that as Christ impressed my mind with words or pictures, which made it necessary for me to build up what I saw in words, I also felt the emotions (to a certain degree) that Christ felt when going through the events he is describing at this time. By dropping back into the vibrations of that time, Christ entered into those times, and relayed them through my mind. There was no way that the LETTERS could have been written in plain print or just using italics. So often, when a new wonderful insight was put through my mind, I wondered ‘How can I get this across?’ You will know what I mean as you read the LETTERS.

And so, to show that some powerful statement had come from Christ’s mind into mine, I used italics, dark print and capitals. People have complained that this unconventional formatting interferes with the flow of reading. But this is just the point. These Letters are not meant to be read. They are meant to be PONDERED and this means you have to stop on the words in print which hold up the flow of words and THINK about what the words are trying to convey to you. You must remember at all times that when Christ tries to reach your human intelligence, he is relating truths which go way beyond your own experience in life in this world.

You have to reach into the infinite dimension in order to try to understand what you are being told. And so, if you spend half-an-hour pondering a paragraph with weird formatting, it is half-an-hour well spent if gradually, your mind opens up to new possibilities beyond your present thinking. As you reach up in consciousness to Christ Consciousness, asking for illumination, it will surely be given you. Not necessarily at that moment but perhaps, – wham, – when you least expect it, the answer will come shafting into your mind and you will KNOW that – ‘YES, THIS IS IT!’ – THIS IS THE TRUE ANSWER.

‘I have come to rectify the misinterpretations placed on the teachings given when known as ‘JESUS’ in Palestine, 2000 years ago.’

‘Because people are on the threshold of a world crisis of enormous proportions, it is vital for survival that I, the Christ, should reach all who will listen. You know little of the true processes of creation in which you, yourselves, play a major role. It is imperative you should understand them sufficiently to enable you to embark on the implementation of a higher vision for all humanity.

‘It is impossible for my spiritual consciousness to take on human form; to enable me to speak to you directly, I have de-programmed and prepared a receptive, obedient mind to receive my Truth and frame it in words. She is my ‘recorder’.’

Recorder: Before reading Christ’s Letters, you may want to know how this spiritual exercise of transmission of consciousness was achieved.

The work of preparing me to become Christ’s recorder began 40 years ago, when as a committed Christian, encountering grievous difficulties as a farmer, and asking Christ for help, an unexpected forceful answer caused me to re-examine and discard all religious dogma. Enlightenment followed and clearly led in new directions of work and study, I founded a business dealing with people, which flourished. For seven years I enjoyed success and much happiness. To grow in spiritual understanding, I then went through diverse very traumatic human experiences and after much suffering, painfully and gainfully learnt their lessons then transcended them spiritually.

One evening, in response to prayer for guidance, the presence of Christ became a reality, who gave me irrefutable proof of his identity. He spoke to me for an hour, sending strong waves of Cosmic Love through my body and gave me a brief description of what I was to be taught and eventually achieve. A fortnight later, he led me through a transcendent experience of Conscious Union with ‘God’. I became a healer and instrumental in some instantaneous healings.

From 1966-1978, at important points of my life, in response to questioning, Christ instructed me in spiritual-scientific principles, now explained by Christ in his Letters. In 1975, I experienced a night of visions describing events between 1983 and 1994, all of which came true. I was again told there would be work for me to do in the future.

Eventually, after many and varied vicissitudes, always alleviated by my strong connection with Christ and my deepening understanding and personal experience of ‘First Cause’, I was brought to my present home. Here, I have lived an increasingly solitary life in the past twenty years, sometimes in clear and close contact with Christ and sometimes left to strengthen my faith and patience in the spiritually dry periods. In the past four years I have been led through mental/emotional purification, reaching my goal of perfect inner peace and joy.

These Letters are entirely the work of Christ. Nothing in them has been derived from other literature, although in recent years, certain writers have obviously drawn much of their own inspired insight from Christ’s conscious radiation of Truth. All those who are in harmony with his Consciousness are greatly blest. I am merely the ‘Recorder’ – nothing more.

Letter 1. Christ speaks of his reasons for returning to dictate these Letters. Says that mankind brings their own woes upon themselves through their thoughts and actions. Explains why his true mission on earth was not recorded properly. Says there is no such thing as ‘sin against God’; neither is our true Source of Being understood. Describes his six weeks in the desert and what really took place – what he learned and how the knowledge changed him from rebel to Master and Healer.

Letter 2. Continues the story of his life on earth, his return to his mother in Nazareth and reception! His first public healing and the tremendous response. Choosing Disciples. His true teachings.

Letter 3. Continues life incidents, teachings, his awareness that his time on earth was to be cut short by crucifixion. The things he did to arouse the anger of the Jewish Religious Leaders. What really took place and was said at the ‘Last Supper’, the disciples’ attitudes, and the truth concerning his ‘ascension’.

Letter 4. Christ gathers up the threads of his teachings in Palestine and says that he and Muhammad, Buddha and all other Masters have continued to develop spiritually until they have all ascended into CHRIST CONSCIOUSNESS. Christ speaks of the truth of the sexual relationship, saying that the attitude between men and women will eventually change. Spiritual progress will take place and children with new spiritual potential will be born.

Letter 5 & 6. Christ begins to explain the true processes of creation. He touches on what science and religious doctrines have believed, rejects them and defines the TRUTH of BEING. He touches on the truth regarding the human ego, – the means of earthly individuality and therefore necessary, but also the source of all suffering.

Letter 7. Christ describes the truth concerning the sexual act – what really takes place spiritually and physically. How children are born on different levels of consciousness. He explains men and women’s place in the world order.

Letter 8. Christ explains the reality of men and women, how to live within the LAWS of EXISTENCE and come into a state of harmonious blessed state of being in which all things are abundantly provided, health is restored, and joy becomes a natural state of mind. Every individual can reach this interior state of blessedness, and peace will then become the norm.

Letter 9. Christ ties up loose ends of his other Letters and tells people plainly how to overcome the ego, gain true self-esteem and experience the joy of perfect inner peace. He touches on racism and a personal message of encouragement and love to all who are drawn to his Letters.